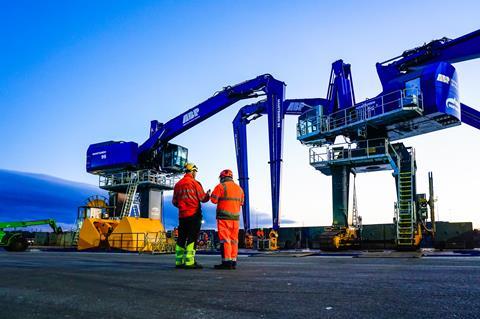 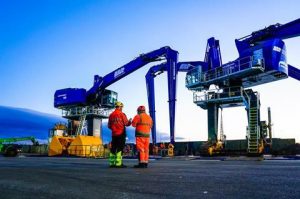 Two fully electric-powered hydraulic cranes are arriving at the Port of Ipswich, helping further reduce carbon emissions. The Mantsinen model 95ER cranes are amongst the first of their kind in the UK and are the latest in a series of sustainable measures from Associated British Ports which have contributed to a 36% decrease in greenhouse gas emissions since 2014.

“This £4 million investment at the port is the latest development in ABP’s carbon reduction goals tailored to its operations. The transition to electric machines will not only improve ABP’s cargo handling service to its customers but will also feed into ABP’s wider policy to reduce CO2 emissions down to zero,” he added.

ABP has partnered with Cooper Specialised Handling to invest in the cranes, which are estimated to save up to 5,275 tonnes of CO2 over their lifetime. They can be powered by solar energy generated at the port from the approximately 4,000 rooftop solar arrays.

The port has also invested in an on-site substation to future-proof sustainable portside operations that can accommodate up to four electric-powered cranes and electric vans.